Welcome to the Front Line

At Passport Productions we are a small and international team dedicated to documenting the world around us and telling stories that we believe need to be told. We are specialized in emergency documentaries, producing multimedia and cross-media stories that dig far deeper than plain news coverage or the ubiquitous breaking news.

Our home base is Bucharest, Romania and we work throughout the region, on and in-between several of the most important front lines for democracy and freedom of today’s Europe. Our second hub is Berlin, Germany and in general we are ready to start producing from anywhere in the world where we can put a tent and open our laptops.
We profit from ten years of experience working with big media companies, both television and newspapers alike, but have moved on to running our own stories since.

See what’s happening now, take a look at our projects, get to know the team or get in touch with us. 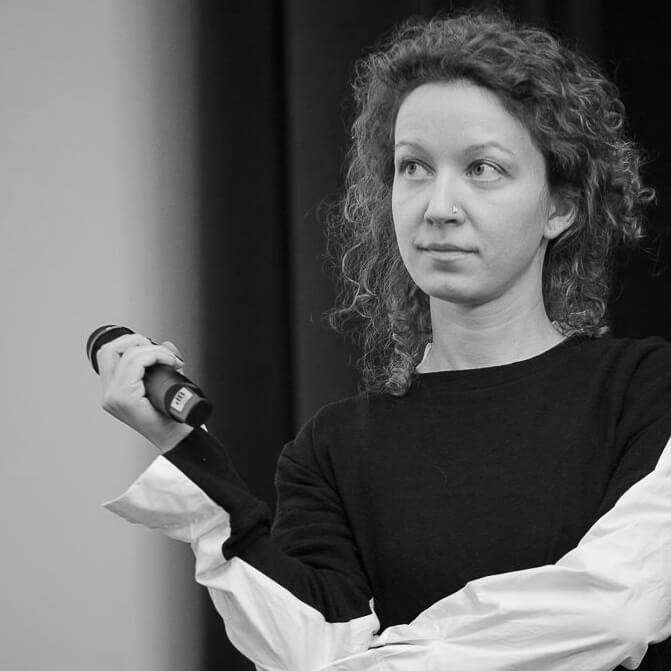 Madalina is a documentary maker, collective artist, film scholar and media activist. It was at the age of 18 that she started her career as a host for the National Television of Romania, just to quickly move from being an anchor to becoming a director, camera operator and producer. Her documentary work carried her around the world, from the poppy fields of Afghanistan, to the last Holocaust survivor still living in Odessa, and down to the unfathomable uranium mines of western Romania.

She has ten years of experience in cultural management, as director of the socio-cultural space Make a Point on the outskirts of Bucharest and as the former director of the International Human Rights Documentary Film Festival “One World Romania”.

She studied film in Bucharest, London and Berlin, and holds a PhD from Ludwig Maximilian University in Munich, for her work “Seeing with Feeling” on documenting revolutions around the world. She claims to have a sense for where the next popular uprising will happen. 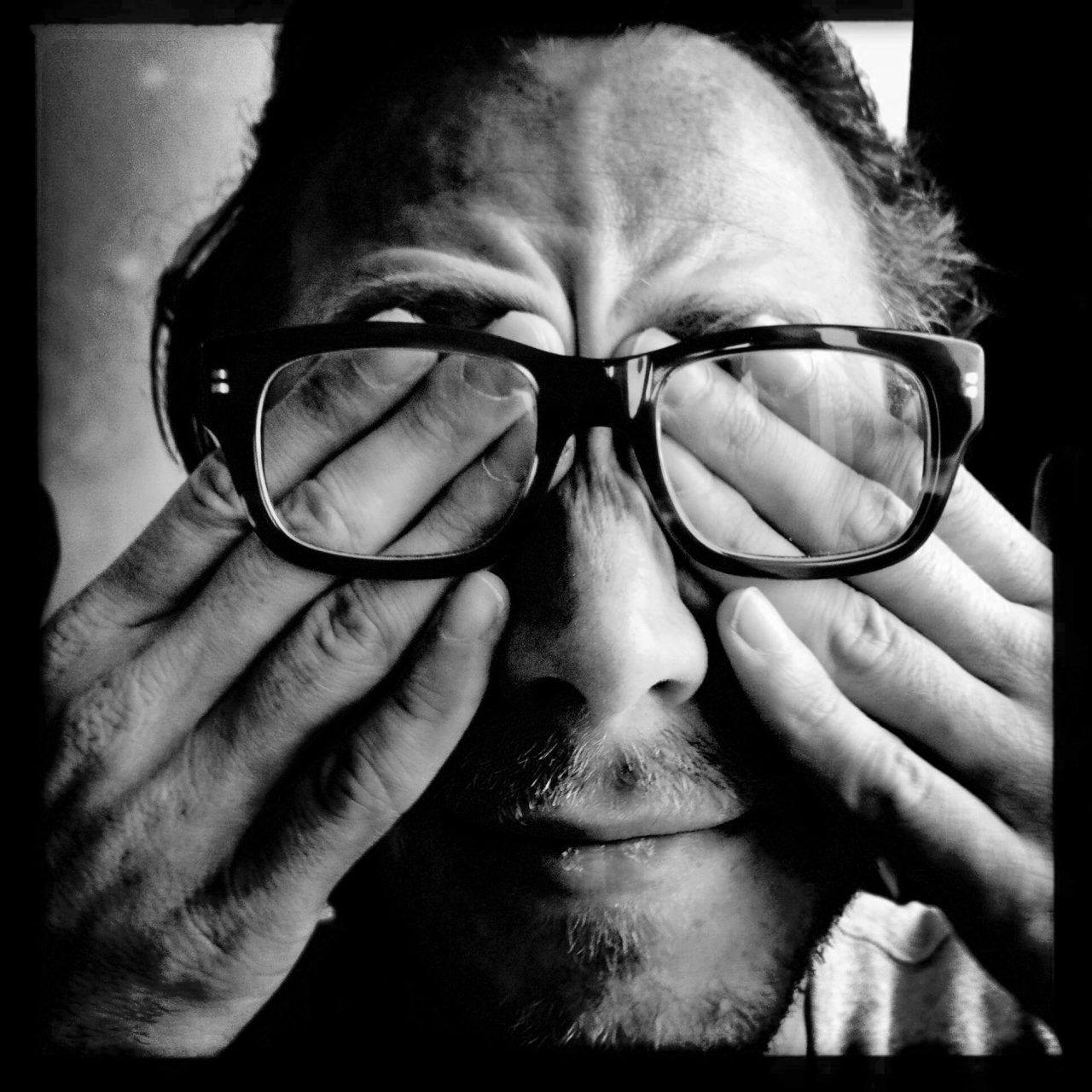 Paul is a photographer and photo editor who studied at Ostkreuzschule for Photography and Design in Berlin. His long experience in journalism includes working for publications and organisations such as Süddeutsche Zeitung, Bild and Reporters without Borders, among others.

Like the world itself, his work comes with unexpected and contrasting facets, politics and the mundane, economy and current affairs (Silver Lead Award 2015 for having published the Liberian Ebola ordeal documented by John Moore or, in 2016, as Photo Editor being part of the ‘Panama Papers’ team, researching shadowy figures), and even sports (Photo Editor for the digital reportage “Der Weg zum Titel”, Grand Online Prize of the German sports journalists association, 2015).

In scanning the images of a contradictory world, to be prompt is Paul‘s super power. From tracking down the manager of the Kenyan resort where Prince William proposed to Kate, who was on a bush plane at the time, to being the first photographer in between the police and the crowds in what turned out to become the biggest protests in Romania of the last 25 years.

Reem’s award-winning documentary work has been described as “powerful”, a “rare document”, and compared with the Diary of Anne Frank and Jours Tranquilles a Sarajevo by film critics and journalists alike. Little did Reem know in the spring of 2011, when she graduated graphic design in her home town, Damascus, and started her career at Ogilvy in the Syrian capital, that her life would soon take a radically different turn.

In order to share the stories she needs to tell, many of them encounters of war, flight and rescue, the genre she explores the most is documentary. However, in terms of medium used, she is exploring telling documentary stories in various ways, from film and photography to theater and immersive installations. Works of hers have been shown all over the world, in theatres, art galeries and cinema venues (Edinburgh Fringe Festival/ UK, Young Vic Theatre/ London, DOK Leipzig Festival/ Germany, Festival de Cine de Piriápolis/ Uruguay etc). She contributed as a researcher to important media projects concerning refugees, such as “Voices of Refugees” (for BBC Media Action), “Linking the Fields” (Zaatari Refugee Camp, UNHCR Headquarters of Amman and Zarka), and currently works for the Jewish Forum for Democracy and Against Antisemitism in Berlin.

As much as the journey of life took Reem places unforseen, we are sure her journey of experimenting with documentary story-telling will bear fruit to more surprises in the future. She still has to try music and dance for example. 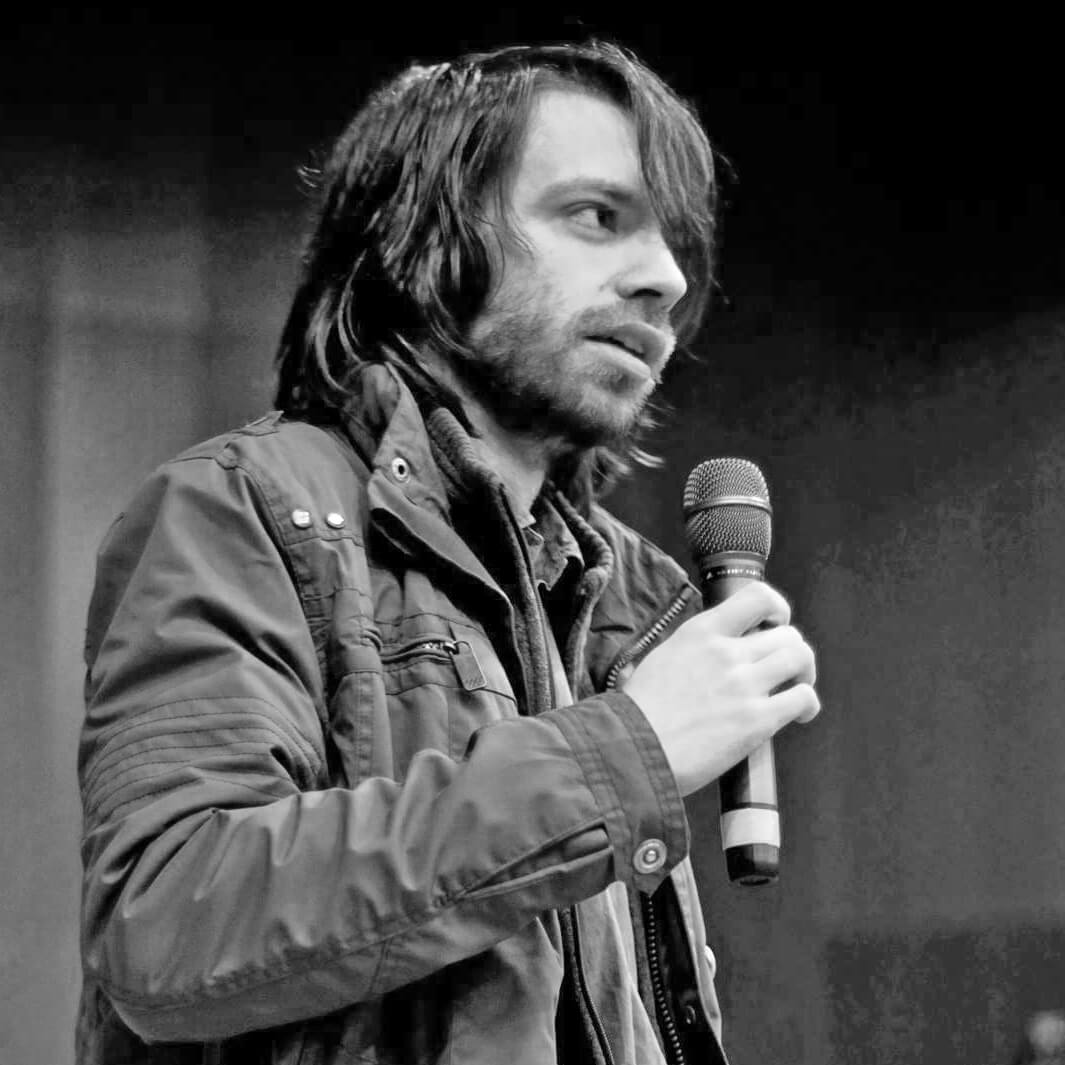 Radu is a debater at heart. While he worked as a reporter, editor, anchor, reviewer and producer, his background indicates he’s a film-maker. He studied film direction at the Theatre and Film University in Bucharest, followed by a 6 year stint at Digi24, where he produced and edited the film show “Ca-n filme” and contributed video game related content for the tech show “2.0”. And, since he is above all a debater, he long and vocally contemplated if the future belongs to film or video games.

He began his path in academic debate when he was 16 and is still active to this day as a judge, organiser and competing in the occasional debate tournament. During his 11 year plus career in academic debate, he’s won several national and international tournaments, debated in many finals, including the EFL (English as a foreign language) final at the World Universities Debating Championship in Berlin, 2013 and has trained hundreds in the art of academic debate.

Radu believes in the power of discourse and dedicated a lot of his time and work to it, convinced that with debate, society as a whole can improve, culturally, socially, politically… You get the idea.